SHOPONE READY TO GO ON OFFENSE IN 2018

Privately held ShopOne Centers REIT, Inc. launched in October 2017 with a portfolio and a plan.

The company is an offshoot of Devonshire REIT Inc., the source of the majority of the 46 assets in its grocery-anchored retail portfolio. The plan at launch centered on paying off the debt on the assets it acquired before enhancing its portfolio. In November, the company closed on a $325 million senior credit facility—which included a $150 million revolving component—that allowed the ShopOne to repay 77 percent of the mortgage debt on the portfolio. Entering 2018, that left the private REIT well positioned to start building up its property holdings, says CEO Michael Carroll.

“We’re definitely looking at all opportunities, big and small, with an offensive mindset,” says Carroll, who was previously CEO of Devonshire REIT and Brixmor Property Group (NYSE: BRX).

“We don’t need lender consent to expand an anchor store, for example, or reposition the properties,” Carroll says.

Carroll envisions ShopOne as a major player in acquiring grocery-anchored assets in 2018. Now that it doesn’t have cross-collateralized mortgage debt, it is free to recycle its capital. The company can sell off smaller properties and redeploy the equity into new acquisitions or redevelopment, Carroll says.

In fact, the company got an early start on its acquisition goals in late 2017. Days after its launch, the REIT acquired Conyers Commons, a 118,420-square-foot shopping center located in Conyers, Georgia. A few weeks after that, it purchased McKinley Crossroads, a three-building property in Corona, California.

Carroll also sees the possibility of acquiring more than just single assets. “We could play a broader role as a buyer of the spin-off of assets from other companies or in a merger and acquisition with two public REITs,” he says.

Carroll says his experience as a public company CEO will impact how he manages ShopOne. ShopOne CFO John Roche is also an industry veteran who has held positions at several public REITs during his 30-year career.

“Our primary goal is to build a best-in-class company, and we are trying to do it with a public-company type of mindset,” Carroll concludes. “We think by doing that we will have the most options for the company going forward.”

“I think ShopOne’s exit strategy is to go public at some point,” he says. “Certainly, they’ve got a management team that’s experienced and has done this before.”

Carroll is not looking that far afield as he shepherds ShopOne through its early days. At the moment, he says his main focus is on rolling out the company’s growth strategy. Planning an exit, in short, is not on the agenda.

A delay in going public would work in the company’s favor in the long run, according to van Dijkum. “With the shopping center companies trading at big discounts, the market environment needs to be very different from what it is today to go public,” he says.

For now, Carroll says ShopOne is already well on its way to proving itself to investors.

“We feel very good about our prospects. Certainly, to date, we have been very successful, especially considering we have only been in the markets for a few months. We’ve been able to place a significant amount of capital and we are very happy with the assets we’ve acquired.” 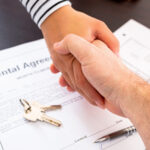 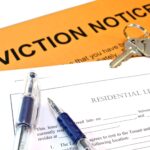 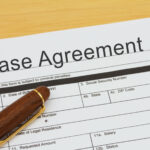 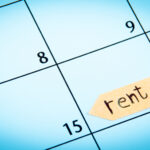